The main lens is located at the center of the front, and the two sides of the front side are heat emission vents.  The projector is equipped with a 65 mm diameter glass lens with 17 elements in 15 groups, realizing a high-resolution image with focus up to the periphery of the screen.

At the top of the projector, you can see the logo of the JVC brand and the marks of HDR and 4K.

There are various input and output interfaces at the back of the projector, including 2 HDMI input interfaces, one RS-232C, LAN (RJ-45), Trigger (Mini Jack), and 3D Sync (Mini-DIN 3pin), which is compatible with multiple and various devices, such as computer, USB disk, and other smart devices. There are also several heat-emission vents at the back of the projector to ensure stable operation.

JVC 4K Projector DLA-NX7 is rated at 1,900 lumens, binging a clear and bright image even under ambient light.

It has a contrast ratio of 800,000:1, delivering more details of images, covering wide Color Gamut above exceeds DCI/P3 spec.

The shortcoming of the projector is that it uses NSH 265 W lamp as light source and may require frequent lamp replacements.

In addition, the projector supports HDR 10 and is also compatible with Hybrid Log-Gamma that is widely used in broadcasting.

It supports auto-calibration, which can optimize image quality and compensate for changing color balance for long-term use.

JVC 4K Projector DLA-NX7 supports a 3D feature, meaning that you can watch 3D videos by means of the projector. If you use the 3D feature, you’d better buy a 3D glass from the brand to get a better effect.

In addition, JVC 4K Projector DLA-NX7 has various interfaces and ports, enabling you to connect PC or game consoles to the projector.

The projector is now available with an MSRP of $8,999. 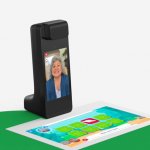 Amazon Glow, A Creative Interactive Projector Like a Phone 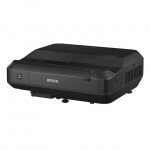