The new projector has a typical grey color of Anker and adopts an iconic cube shape. It has a handle on the top, which is easy and convenient to carry.

The audio effect is also not bad. It has a pair of 30W speakers, delivering powerful Audio sound.

The new projector is going to ship from March with a retail price of $2,199. Anker also has a 1080P version, which is called Nebula Cosmos Laser and priced at a retail price of $1,599. Both of the two versions are going to have a pre-sale on the Kickstarter on January 11.

How to Fix It If QKK Projector Remote Control Doesn't Work?

Pros and Cons of Halogen and HID Projector? 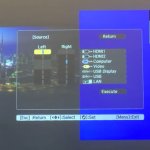 How to Split Screen on Projector? 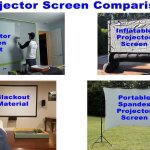 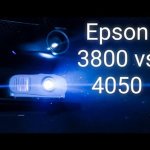 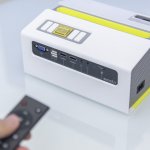 How to Fix if Emotn C1 Remote Control Doesn’t Work?

5 Tips to Extend the Lifespan of Your Nebula Projectors