It is a technology developed by JVC, which delivers good performance, natural color reproduction, clear image, and high contrast.

The technology was launched in 1997.  Many sophisticated projectors use D-ILA technology licensed from JVC.

How Does it work?

D-ILA is what’s called liquid crystal on silicon (LCOS), but JVC made several improvements to basic LCOS technology to develop D-ILA. At its heart is the D-ILA device, or chip, designed and manufactured by JVC.

D-ILA projectors use three D-ILA imaging chips (one each for red, green, and blue), to ensure natural, flicker-free color reproduction.

Nowadays, D-ILA projector maximum contrast can be up to 1,000:1, and the next generation will have more than 2000:1 contrast. 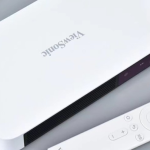 How to Solve ViewSonic NH8 Projector Reomote not Working? 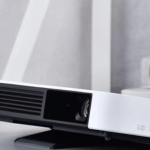 What is ALPD laser and Its Difference Between Laser?

How to Connect Xbox to Projector?