Philips Screeneo U4 allows users to watch in True Full HD 1080p. Its brightness is rated at 400 lumens. The 60fps high-definition sharpness coupled with brightness of 400 lumens, would bring viewers with vibrant colors and high quality picture output. Moreover, the deep contrast present full of the fine detail that can be lost at lower resolutions. Philips Screeneo U4 achieves 108% Rec.709 HDTV standard color coverage, supports HDR10 color. This means it is capable of presenting true-to-life color vividness for all viewers.

As for the light source, its LED bulbs are rated to last 30,000 hours. If you watch one movie per day, Philips Screeneo U4 can keep working for incredibly 40 years. As we all know, LED light source technolohy houses merits such as lower power consumption and longer lamp lifetime.

It has 2x HDMI 2.1, a USB-A and one 3.5 port to connect all your devices. All kinds of external devices such as gaming consoles, Apple TV, Roku Sticks, Amazon Fire TV, Chromecast, or Satellite receivers, can be connected to the HDMI ports of Philips Screeneo U4.

Feaured with two built-in 15 watts speakers, Philips Screeneo U4 is designed with a 2.1 sound system offer surround and bass boost for an incredible movie and music experience.Digital Signal Processing enhances all sound frequencies to fully immerse you in your favorite content.

Speaking of smart features, Philips Screeneo U4 wouldn’t want to be left behind as well. It houses auto-keystone correction, can project from almost any angle with auto-keystone correction & 4-corner correction. Moreover, its instant aufocus is also powerful, adjust the projection instantly for the perfectly crisp image at anytime via the internal camera built in the unit.

This Philips Screeneo U4 review have analized this new model from the angle of critical spcifications. In 2019 Philips has lauched PicoPix Max on Indiegogo, this time, this brandy new projector Philips Screeneo U4 will also meet the consumers on Indiegogo with price at $1259. Comes from established brand, Philips Screeneo U4 won’t let you down with its good build quality. And the HD 1080p resolution and 400 lumens enable it to offer notable image quality, bringing viewers with enjoyable home entertianment experience.

What is UST projector?

There are five common projection display technologies at present, namely LCD, 3LCD, DLP, 3DLP, LCos. Among them, DLP have merits including fast response, long life, small size, mature technology, and the price can be accepted by ordinary families, so it widely adopted in the home theater projector field.

The larger the size of the display chip of the projector, the better the picture quality and the more expensive the price.

Higher brightness means better capacity to cope with strong ambient light. The projected image would be more crisp and vivid.

Philips NeoPix Prime 2 Projector Review | Is It Worth Buying?

Philip NeoPix Ultra 2 Review – How is Its Display Performance？ 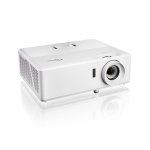 How to Adjust Brightness Mode of Optoma ZH39 Projector? 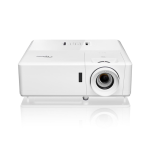 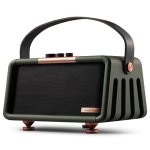 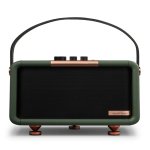 Can I Charge NOMVDIC X300 with Power Bank? 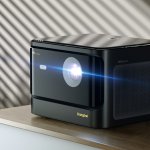 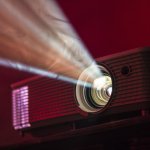 Philips Screeneo U4 vs Optoma ZH39: Which Projector is Better?