The Story of Projector Invention

Several inventors take the credit for the projector invention. That’s why the history of projector invention is not less than a roller coaster. Even the name of the Projector was “zoopraxiscope,” then “Phonograph,” “Kinetoscope,” at the end “Phantoscope,” and Vitascope.

A projector is a device that works on the rule of mirror and prism reflection. It can enlarge the reflected image and project it to the empty white screen or wall with the help of a lamp, mirror, and prism. The lamp or light is essential for the proper working of a projector. Undoubtedly, it became trendy among people after its invention.

Background history of the projector invention

The story of the projector invention began with the successful experiment of Athanasius Kircher, A German Priest, in 1646. Then, he projected a more extensive reflection of the hand-painted image at the wall. He did it with the help of an oil lamp. Later, It triggered excitement in many influencers, and they started working on it. Then, the “Father of the Motion Picture,” Eadweard Muybridge, invented “zoopraxiscope”. It showed the illustration of images with motion in 1879.

Later, he collaborated with Thomas Edison’s “Phonograph.” Thomas was not interested in collaboration, but in 1888, the invention of the “Kinetoscope” brought a revolution to the entertainment industry. The first device to have the capacity to record and replay the images in motion.

The person who Invented the first Projector

In 1895, the first demonstration of the Projector in public was made. Two successful inventors who later parted ways, Francis Jenkins and Thomas Armat, developed a “Phantoscope.” Edison made a deal with Thomas Armat to name the projector invention under his name after negotiation. Then, the name of “Phantoscope” changed to “Vitascope”. In 1896, they held the first proper demonstration of the Projector in New York Hall, and people loved it. At the end of 1896, The Thomas Edison company launched the latest modification with a kinetoscope to yield better results for the image. However, the Projector was then known as “project scope.”

A piece of mandatory equipment

Now, Projector is one of the most demanding devices in the market with different versions. You can search a hundred features under one Projector available in numerous projectors. However, the price ranges from lowest to highest according to the client’s budget and the Projector’s features. Undoubtedly, the projector invention is one of the best inventions of this century for the entertainment industry.

A projector has different projection lenses, lights, resolution, cabling for numerous connections, and zoom levels. The screen to pair up with the device also matters in this regard.

What does a movie theater projector cost? 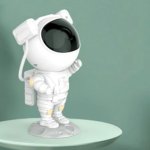 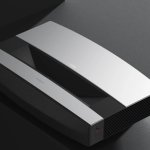