The physical resolution is 2716 × 1528, with a total pixel of about 4.15 million, half of 8.3 million pixels. Therefore, TI specially launched XPR Technology.

The physical resolution is 1920 x 1080, so this is a real 1080p chip. But it uses Texas Instruments TI’s unique XPR technology.

1. The 1 dot precision chessboard is still recognizable on 3-chip 0.74 “SXRD. The picture may be too small to see clearly, but it can be recognized by the naked eye.

0.47 inch 4K DLP is recognizable from 2 dots and performs normally.

The horizontal bar test is still the same as the vertical bar.

Is it Worth Buying a Second-hand Projector? 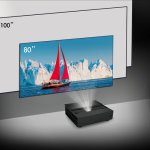 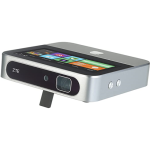 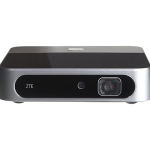 Why does Panasonic Projector Stop When Playing Full-screen with MacOS v10.9 Computer?

How to Correct the Screen Image After Ceiling?